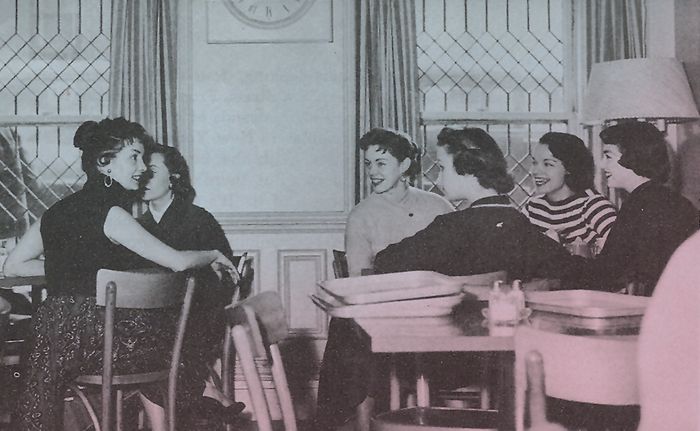 Representing a legacy of service and support to the performing arts, The Rehearsal Club (TRC) was co-founded in 1913 by Jean “Daisy” Greer and Jane Harriss Hall. A safe haven for young women embarking on performing arts careers in New York City, the residence provided affordable sanctuary, nourishment and community in the Theatre District on Manhattan’s West Side. The Rehearsal Club thrived for 66 years, most notably on West 53rd Street. Its place in the lexicon of show business lore is widely respected, including being the inspiration for the Broadway play by Edna Ferber and George S. Kaufman, Stage Door, in 1936. The popular 1937 film version starred Katharine Hepburn and Ginger Rogers. Many famous performers got their start here, including Carol Burnett, Blythe Danner, Kim Cattrall, Sandy Duncan and Diane Keaton, among countless others.

During New York’s economic downturn in the 1970s, TRC’s home on West 53rd Street was closed in 1979. In 2006 a revival of the play Stage Door inspired a group of grateful and dedicated alumnae to re-ignite the social and mentoring values of the organization. And now, TRC has reopened its doors in the Webster Apartments on West 34th Street, under its original mandate to be a true home for deserving and talented young women aspiring to careers in ALL theater, tv and film disciplines, including writers, composers, directors, choreographers, designers, stage managers and production assistants. . This miracle embraces the true meaning of an encore.